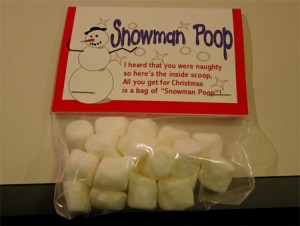 There is a Roulette Law of Tirds that many gamblers believe in – there are probably 300+ Roulette systems based on this wacko concept so you might as well find out what turns these wackos on.

The Roulette Law of Tirds states that if you spin the Roulette wheel 37 or 38 times that only 2 tirds of the 37/38 numbers will show up – that 1 tird won’t show up – they are “sleepers” or the “sleeping dozen”; that means that 1 tird are duplicates, triplicates, or quadruplicates.

First; there is NO statistical principle called the Law of Tirds/Thirds for random numbers – this is just some drunken gamblers wacko idea of mathematics.  Go ahead and type into Google “Statistical Law of Thirds” (Include the quote marks) and see for yourself (OK, there is one whack-job entry out there and this article)  Statistics does not concur that spinning the Roulette wheel 37/38 times will result in 1 tird being “sleepers” and 1 tird being duplicates and that you can actually increase your odds of wining somehow.

Second; what in the world would you do with this wacky concept?  Bet on the 1 tird that don’t show up?  Bet on the 1 tird duplicates hoping that they won’t show up again?  If so, you are starting another set of 37/38 spins and who knows what tird will be missing from this set too?  OMG, now you have 2 sets of tirds conflicting with each other.

Tird; you try to sit around a Roulette table and write down 37/38 spins without placing a bet – the Pit Boss will be over whispering in your ear that you need to move to another casino since you’ve spent an hour clogging up his table without betting.  My suggestion is that if you want to sit through 37/38 spins, and not bet, that you wear a tinfoil hat – more than likely he will think you are part of the comedy act next door and leave you alone.  Believe me, there will be lots of laughing going on.

You can do your own experiments on this topic – just use the MS Excel spreadsheet and generate 37 or 38 random numbers in a column and you will see that about 1 tird are duplicates or triplicates and 1 tird are “sleepers” but this has nothing to do with the next spin of the wheel – nothing.  Knowing “sleepers” is totally worthless and the reason statistics ignores this phenomena – it means nothing to the next random number generated.  This is simply another version of the Gamblers’ Fallacy.

I always come back to the stated odds table for Roulette – it was first published over 200 years ago and it remains unchanged – there is no such thing as “sleeping dozens” since that would mean the odds table would have to change – which it can’t.  If you get confused by any Roulette trading system just come back to the stated odds table – it can’t change and thus there are no systems that can beat the HA – none, zip, zilch.

This is another example of gamblers believing in voodoo concepts that don’t really exist except at wacko Roulette websites where the kooks there believe in this insanity and make systems that simply lose money like crazy.  Since there is no statistical theory behind the Law of Tirds gamblers can make up all kinds of rules and laws that are associated with the law that doesn’t exist.

If you stumble across a website where the folks believe in this stupid idea you should laugh yourself silly and poke fun at them if you wish.  String them along and you will have hours of fun listening to morons talk as if they knew what they were talking about.  If you listen to them you deserve all the punishment that is about to dominate your next Roulette session.

I hope you are beginning to realize how much I detest those wacko websites that promote all this BS – they cause thousands of gamblers to lose millions of dollars each year – just so the owner of those websites can sell his worthless Roulette systems that don’t work….