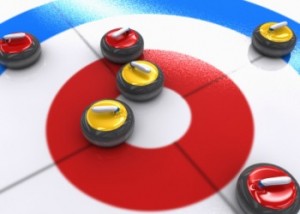 What does it mean to play conservatively? Well to me it means that I risk my money on the lowest risk bets and risk the casino’s money on the highest risk bets; I guess you probably have your own definition, but that’s mine.

Has anyone ever told you that?  Well why not?

Just this simple fact eliminates 50% to 75% of all the Roulette systems out there – they are risking your money when they should be risking the casino’s.  Here’s an example:

Why do gamblers use Negative Progression?  Because they believe in the Gambler’s Fallacy – they believe that if they lose a spin then the odds favor them in the next spin.  As you hopefully now know the odds for Roulette are posted and NEVER change under any circumstances.

You will not believe the number of gamblers, systems, and chat rooms who do this most stupid thing. Any website or system or gambler that believes in Negative Progression, risking more and more of your money to make a few bucks, is a loser – and they probably have an attitude that they know what they are doing and are successful Roulette players – they are fall on their face losers.

You bet table minimums with your money and the sky is the limit using the casino’s money (working profits)  This is called Positive Progression – if there is a secret to winning Roulette it’s Positive Progression – you use profits, the casino’s money, to place risky bets.  I don’t mean adding profits to the same bet and system but playing a simultaneously more risky system that has much higher rewards.

Like I said, by only playing conservatively, you eliminate 50% to 75% of all Roulette systems out there – no need to even look at them since they are built on faulty logic – Gamblers Fallacy.